Eager to buy into the relaxed lifestyle of Redland City suburb, Ormiston? Put your best foot forward when making a purchase and invest in an Ormiston building and pest inspection. It doesn’t matter if you’re looking at a character home or a new build, a building inspector who knows Ormiston will give your potential buy a detailed inspection to ensure it is structurally sound and free of nasty surprises.

Why buy in Ormiston?

A hidden gem nestled among Redland City’s beautiful flora and fauna, Ormiston is proving popular among families keen to escape the fast pace of the city. Ormiston residents describe the suburb as safe and secure with a good community feel.

The suburb boasts a number of heritage-listed sites, including Ormiston House, which add to the suburb’s charm. Ormiston House is a stunning example of colonial architecture built in the 1860s. Once a stately property, it has been restored as a museum overlooking Moreton Bay.

Ormiston is a family-friendly suburb with cycle and walking paths to keep the family active and playgrounds to entertain the kids. There are two schools in Ormiston – Ormiston State School and Ormiston College. Ormiston also caters for babies and toddlers with child care centres.

You will find the usual green grocers and local supermarkets in Ormiston, but if you’re looking for a wider collection of specialty stores, Cleveland is just five minutes away.

Public transport is a breeze with a regular rail service to Brisbane City and Cleveland. Residents can reach the Brisbane CBD in just 40 minutes by car.

In the 2011 Census, 5641 residents were recorded in Ormiston, with slightly more females than males. Ormiston proves popular among older and established couples and families.

See All Nearby Suburbs

Perfectly set up for family living, Ormiston offers everything from modern builds on a small lot, to older brick homes, and sprawling renovated colonial homes that know how to make the most of the suburb’s bayside breezes. Vintage homes are a delight to look at, but an inspection is a must to ensure there are no long-term problems, like pests or water damage, to be found. New builds, too, should always be inspected for compliance to the latest building codes and standards. 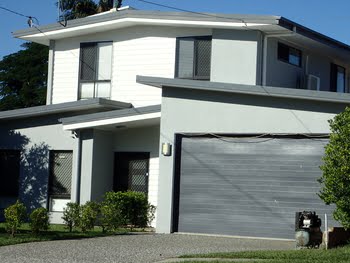 Our Building Inspector’s Top Tip for Buying In Ormiston

Ormiston is a high demand suburb in a high demand area.  With exclusive schools and plenty of lifestyle benefits near by, families are competing for a piece of the Ormiston pie, while investors and retirees also bid.  This means that houses move fast in the area and they’re not cheap!  This adds up to a “post code premium” coupled with limited time to properly assess the property.  The risk is missing things and paying too much for your purchase.  In Ormiston it’s vital to get a comprehensive building and pest inspection done.  And if there’s problems? With a credible, thorough building and pest inspection report, you may find you can lower your offer! We’re fastidious about detail and our building reports arm you with the right information to get the seller back to the table. We’ve saved clients thousands on their purchase prices. Learn exactly why not all building inspection reports are created equal.

How you pre-purchase inspection could slash your purchase price

Book a building and pest inspection in Ormiston

Secure a pre-purchase inspection for Ormiston before you buy to ensure you’re making a smart investment. Only an experienced building inspector, with intimate knowledge of the suburb and its housing, can guarantee a thorough inspection. Give yourself peace of mind that your potential investment is a smart one with Ormiston building and pest inspections.